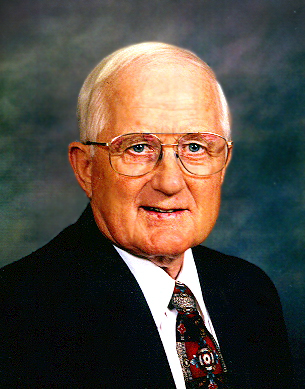 Raymond W. Brandt, an identical twin to Robert, was born to a German speaking family in N.W., Ohio. An accidental 7,200-volt electric shock killed Dr. Brandt’s twin at the age of 20, in Cincinnati, Ohio. Due to financial hardships, Raymond and Robert took employment at a high-risk summer job to raise funds for their college tuition. The twins loved children, thus Robert planned to become a Lutheran parochial pastor and Raymond planned to pursue a pediatric medical degree.

After his twin’ death, Dr. Brandt was drafted into the Korean conflict, wounded twice and received two Purple Hearts and a medical discharge. Dr. Brandt altered his collegiate work and took degrees in the Human Engineering Sciences. In addition to teaching his sciences at two universities he served in private practice to industries as a consultant in product safety designs. Dr. Brandt also served as an expert witness in federal courts in matters of human conservation through improved product safety designs. He testified in 49 states during his professional career. He holds international patents for making pediatric age products safer.

Dr. Brandt founded Twinless Twins Support Group International in 1987, having now hundreds of survivor twins in membership. He was founder and editor of Twins World Magazine, the world’s first magazine for multiple birthed persons. He wrote Christian poetry and most recently authored and published the book: Crucifixion To Resurrection. Dr. Brandt designs his own art covers for his books which is art printed and framed for sale at Christian art stores.

Due to being a cancer patient for nine years he has authored and published Cancer and Christ, which draws a parallel between cancer victims who battle cancer without a belief in any things except perhaps themselves as compared to those cancer victims who battle cancer with a firm belief in God. The book cites the beneficial results in the coping with and healing of cancer.

To serve as a text for counseling the loss of a twin Dr. Brandt has written and published a book: TWIN LOSS, a manual for the management of grief and loneliness resulting from the loss of a twin. Dr. Brandt has appeared as a guest on 26 national and international TV programs and interviewed on many radio and news programs about the effect of twin loss due to the in-utero bonding of twins. He has also been quoted in magazines and news releases regarding his beliefs as a twinless scientist on the issues of the cloning of humans into twins.

Purchase at our Store